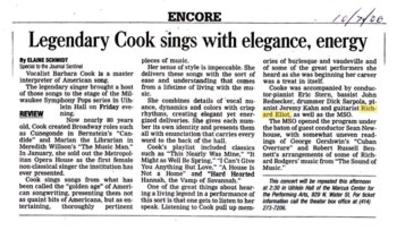 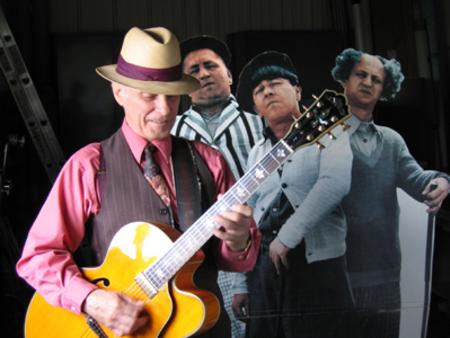 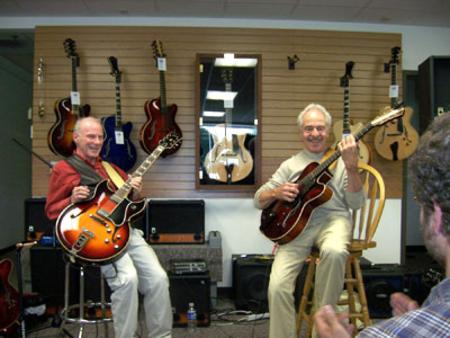 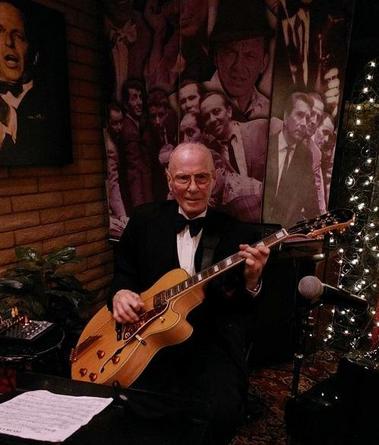 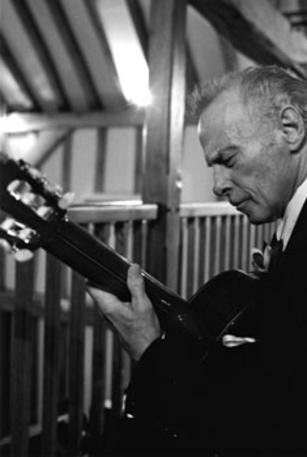 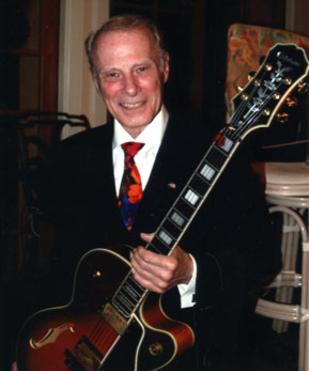 Photo of Dick playing at the Bootlegger,
an Italian Restaurant on the Las Vegas Strip, where all of the Rat Pack used to hang out, and
a lot of today's major stars still do. 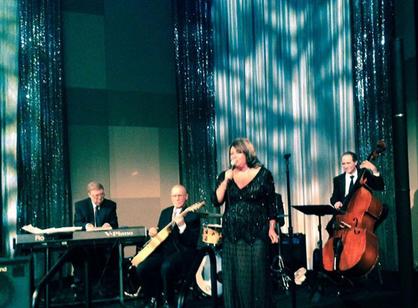 My daughter Karen  & Dick at Kings Arms at Farthingstone, England, 9/5/13 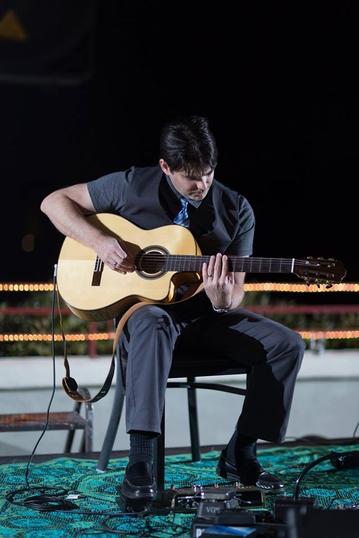 Dick next to poster promoting the
10th Anniversary at Chez Jacques where
he performed as well. July '11. 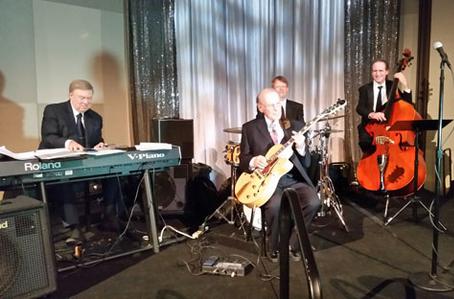 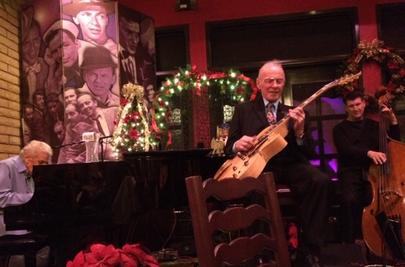 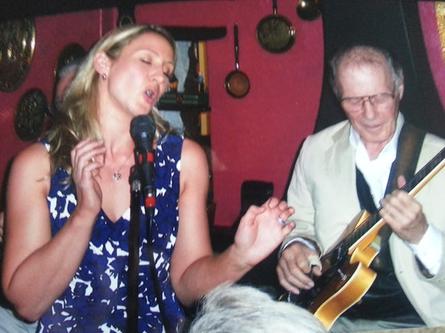 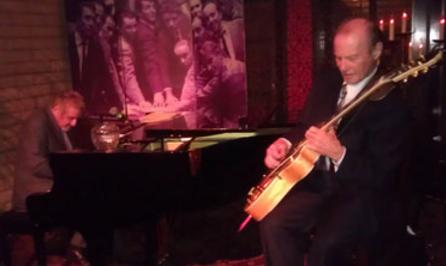 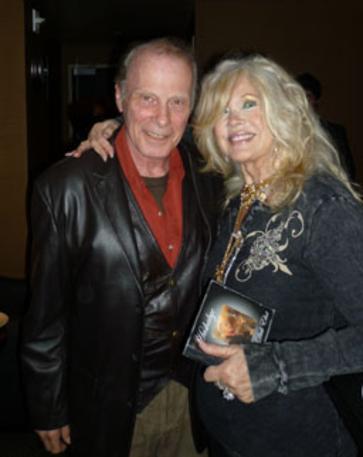 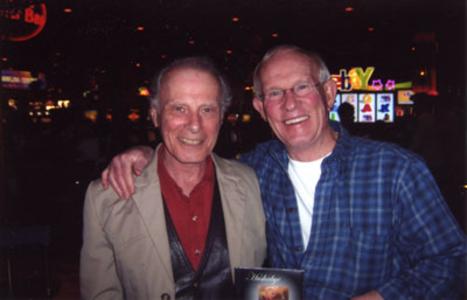 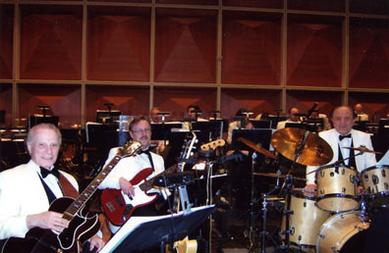 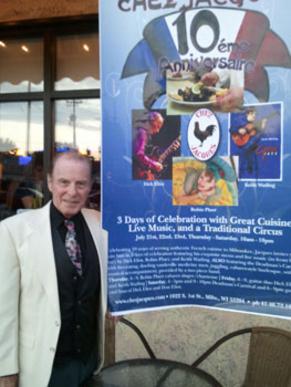 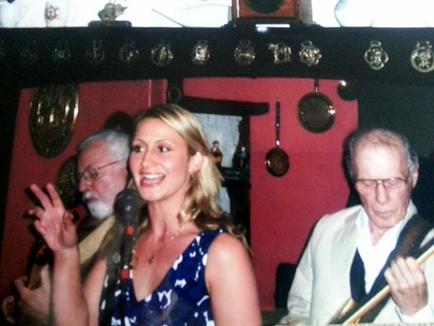 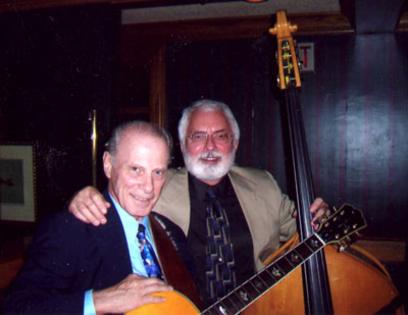