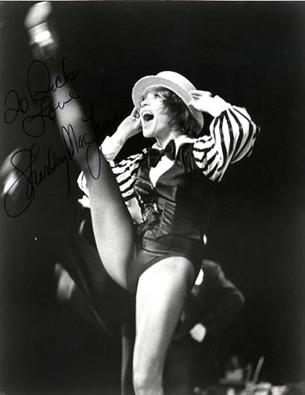 The Osmond Brothers. Donny was one of my students in 1971.

Dick and Tom Hall (alto saxophone) on the picket line of the Tropicana during the work stoppage of 1990.

Johnny Smith with Dick at
one of Johnny's seminars. 1978

"I had the pleasure of playing for Liza for many years in Las Vegas."

The Dick Palombi Orchestra, 1973-1994
Dick Eliot was a member this band for an amazing twenty-six years, with liberty to travel with stars that needed his services.
In the 70's, the guitar was added because of the major star policy.
The orchestra at that time consisted of eighteen to thirty-six members, but in the mid 80's, the band was scaled down to twelve.
Eliot's relationship with Palombi spans forty some years.
Dick Palombi is considered to be the best of the best, as a conductor, arranger, and jazz pianist.​ 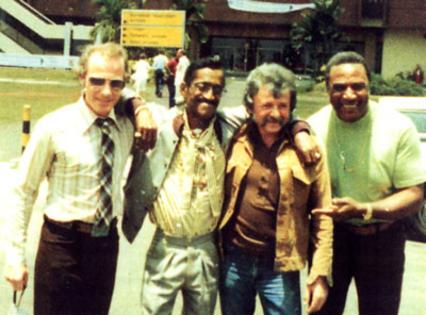 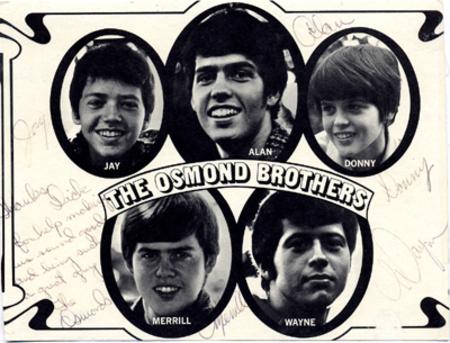 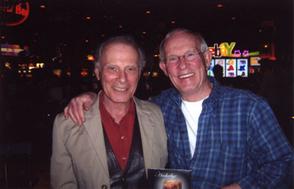 "One my favorite musical experiences."

Dick's membership card to the acclaimed
National Academy of Recording Arts and Sciences.​ 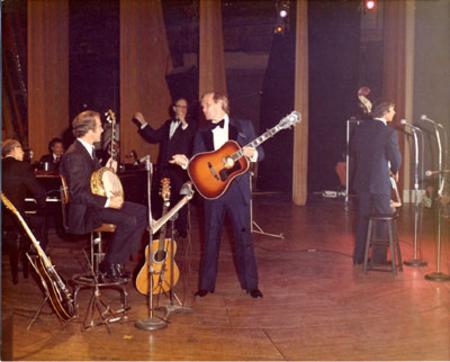 "I had the privilege and pleasure to play for and and travel with Shirley for eight years." '73 - '81

Dick with the Smothers Brothers show, 1974.

Below recent photo of Tommy Smothers and Dick​ 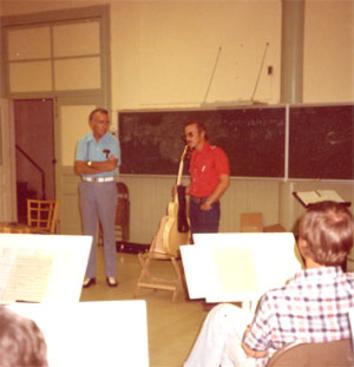 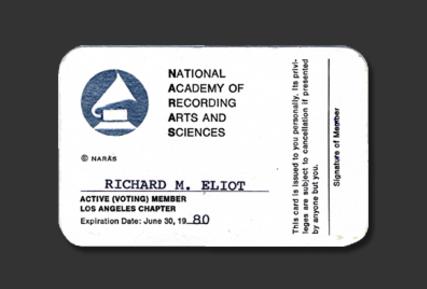 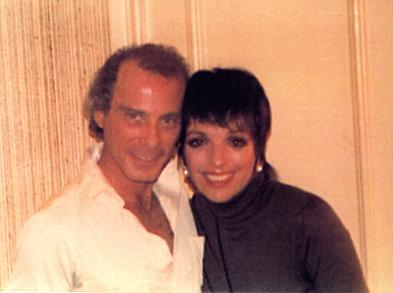 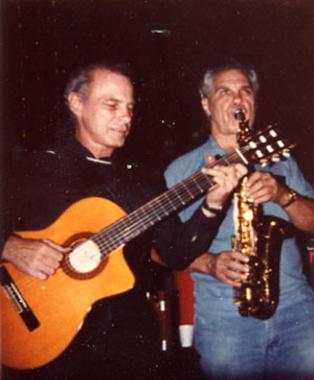