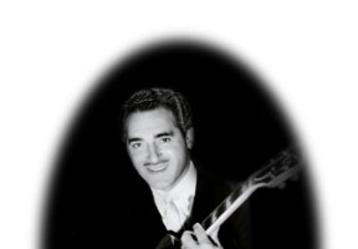 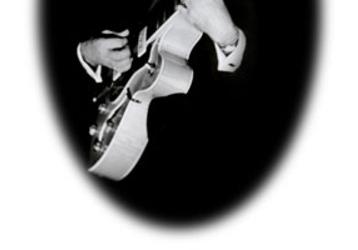 A Tribute to Nick Esposito

This tribute is to my dear friend and mentor Nick Esposito, a person whose warm nature inspired immediate friendship and whose talents commanded instant respect and admiration.

He began a long and varied career as a violinist with the Chicago Symphony Orchestra, at the age of eighteen, but a love for making instruments grew rapidly and he was soon working in a violin shop. He also developed a deep interest in playing and making guitars and by 1936, though he had made some violins, he began concentrating on playing and making guitars, and was quickly rewarded both as a talented jazz guitarist and and expert craftsman in instrument making. By 1949 he had his own factory in Oakland, California: during which time he began a series of innovations for the improvement of guitars in sound and performance. He invented the adjustable bridge, and the double cut-away guitar. His greatest enjoyment was in making custom guitars. He later became associated with the top manufacturers of guitars: the Guild Company, Fender guitars, and had gone to Italy in association with the Eko Guitar Company, revamping and updating their entire line of guitars. Through all those years and up to his passing, Nick continued as an active performer. Early in his career, he had been the first jazz guitarist to perform with the New York Philharmonic Orchestra; and at that time lead the polls as America's finest jazz man on guitar. He was one of the first to make use of the electric guitar. In the early '40's he played in Henry Busse's band, but later formed his own band and made his biggest hit record, "Empty Ballroom Blues." He also played on some of the early Nat King Cole trio recordings, and through the years had accompanied Frank Sinatra, Dean Martin, Sammy Davis Jr. and Julius La Rosa. In proof of his all around musicianship, he also conducted Joni James.

While still actively engaged in all the strip hotels in Las Vegas, he opened two music stores, and it was in this connection that many new admirers and patrons discovered that his rich talents were part of an even richer, unselfish personality: for he was unsurpassed in his assistance and advice of repairs and improvements.

Nick was a friend who never said 'no' to anyone in trouble, whatever the situation... a broken instrument, a theft that precipitated the need to borrow an instrument, or the need for emergency repairs... everyone knew they could run to Nick for the quickest, unquestionable help. His gentle and genuine generosity was such that everyone else's problems came first: and his talents were offered in the friendliest fashion, never in a cold, commercial manner. He possessed a quiet, droll sense of humor, and a deep and passionate concern for fair play.

These are the talents and qualities of Nick Esposito, who achieved both the highest standards of a performing artist and craftsman, and a fully-rounded human being; and which make his passing a bitter shock to his fellow-artists, friends and loved ones.

We are left with a sorrow-shadowed pride in having known so fine and complete a man.